It’s Oh So Quiet is in my opinion no less than a fantastic cover version by islandic Björk (and a song from her without too much screaming). And without doubt her biggest hit. I am not a big Bjork fan but the sound on It’s Oh So Quiet is great. I like the way the song gets on the way with a kind of lazy mood in a childish tone and in the middle almost stops completely. Simply a music masterpiece that made Björk an international star. I really like this song and have thus also tried to explore the Björk universe but I just can not find the love in it. But never the less It’s Oh So Quiet is one of my favourite songs that I listen to now and again.

It’s Oh So Quiet is on the Björk album Post and the song may also be remembered for the music video by Spike Jones that set an almost musical mood with dancing all around the streets. 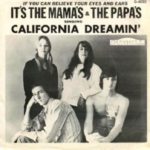 California Dreamin’ – oh yes I do dream about it. Never been to California but dream about blue skies, nice beaches and just sitting in the sun with a glass of wine watching the days go by. This song I hear sometime during the winter time when I get a little depressed about the bad weather. I use it to escape to a nice place in my mind where there is pretty and the weather is always nice and warm. And this is what I think music is capable of – that is getting you into a specific mood and escape the real life for just a few minutes.

California Dreamin’ is a cover version but even more know is of course the cover by Beach Boys though I like the Mamas And The Papas better. 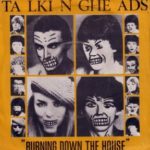